Knowing we truly help others, keep us motivated -SC

People everywhere are experiencing the relief benefits of CBDa, harnessing the power of plant-based medicine without the often harmful side effects of traditional pharma.

All I can say is WOW! I apply prior to, and as needed, post-ride. It’s very effective & works within an hour of application. And I get complete relief for about two hours. I found quite a bit of mobility back in my hands after taking the Softgels for 2 months. I can feel instant relief while using the Salve on my knee.

From my experience with several different brands of CBD over the years, Planetarie’s product is far superior. I am def a fan!

He is running around with the kids when before he would not! It seems to really help older dogs!. I feel far more calm & focused when I add the Drink Additive to my morning coffee. Hear from the Experts

“CBDa is an important cannabinoid that I recommend to my patients on daily basis. I have been very pleased with quality and prices of Planetarie.  Many of my patients reported that they had great results using Planetarie products.” “As a nutritionist and a product developer, I am very impressed with the stability and purity of Planetarie CBDa! I have used it in many custom, targeted health formulations for my clients; including one for a Doctor in Miami for use in management of clients struggling with intermittent stress, a group in South America planning a clinical trial, and several individual clients in Pennsylvania. We love the super clean process used to make this premium CBDa, and it always outperforms other CBDa products I’ve tried in formulations!” “My patients and family find incredible healing with Planetarie, and I love that they use organic ingredients to produce the most natural products.” 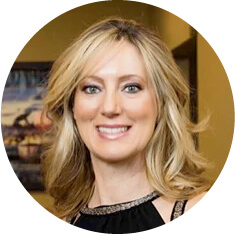 “It's important to understand that not all CBD oils are created equal. The extraction process and purification process varies and can therefore affect the quality of the oil and the concentration of CBDa. Planetarie is unique in each of these areas. Their process is more natural with chemical free purification that produces a higher concentration of CBDa. Thanks to Planetarie and because of their quality products, there has been a profound change in my life.” Ultimate Body Oil is a revolutionary approach to personal and intimate lubrication. The formula of using CBDa combined with high grade and high quality oils that are safe for internal tissues is an art. The presence of castor oil is anti-inflammatory as is CBDa. As a pelvic healthcare practitioner, I believe abdominal / digestive / pelvic inflammation is one of the core roots of all physiological dysfunction, disease, and challenging symptoms and illnesses. I firmly stand behind this product for use in my office as well as part of treatment planning for my clients. Whether suffering from pelvic pain, inflammation, pelvic / reproductive / digestive symptoms or simply looking to increase one's health and preventative healthcare routine with the added perk of pleasure, this product is an answer to a huge need and gap in the market of personal lubricants. Thank you to Planetarie for your innovation and creations. Buyer shall not be responsible for any order unless it is issued on a Purchase Order and no variation will be effective unless approved in writing by Buyer. Each shipment of Goods received by Buyer shall only be upon the terms of the Purchase Order and these Conditions of Purchase. Buyer objects to and rejects any additional or different terms proposed by Seller on an acceptance, invoice or other Seller document.

CBDa can be used in the future. The likely higher bioavailability seen in CBDa and other acidic cannabinoids as compared to their downstream neutral products means in many cases the target or anticipated effect can be achieved more efficiently with lower dosages. The higher bioavailability is due to traditional drug design parameters with CBDa having a pKa near the range of effective drug design and low clearance. CBDa acting on the endocannabinoid system (ECS) via endocannabinoid modulation is a mechanism that would be an important subject for human clinical trials. One of these trials could investigate the neuroprotective effects of CBDa via the inhibition of the major degrading enzyme of 2-AG, MAGL. 2-AG has been shown to be a main factor in lowering swelling in the brain post head injury.

If CBDa is effective at increasing 2-AG levels in the human brain it could be used as a preventative measure before high contact sports such as football or martial arts. In contrast, there is also the aspect of CBDa acting as an inhibitor of the major enzyme producing 2-AG, DAGL. If this effect is the more prominent effect seen in human clinical trials, it could be a target for diet and obesity drug design, as increased 2-AG levels are linked to abdominal obesity and metabolic issues. To figure out whether CBDa increases or decreases human 2-AG levels will be only discovered by more targeted studies though both options are exciting.

Another trial involving the ECS would involve the other major endocannabinoid AEA. CBDa in early studies has been found to inhibit cellular uptake of anandamide, limiting the inactivation and degradation of this molecule. Since increased levels of AEA have been shown to be act as an anxiolytic in rodent models, there is a need for CBDa to be studied for its ability to produce anti-anxiety effects in human clinical trials.

When looking at CBDa’s effects outside the ECS, one of the most important effects seen is the COX-2 inhibition. The selectivity of CBDa to favor the inhibition of COX-2 and not COX-1 means it can act as a potent anti-inflammatory while avoiding the side-effects seen with traditional NSAIDs. This has massive implications as a replacement for traditional anti-inflammatory drugs and should be a major target for human clinical trials. Additionally, CBDa is very potent for this pathway and can be used in very low amounts to achieve the desired effects.